What is 1G optic transceiver 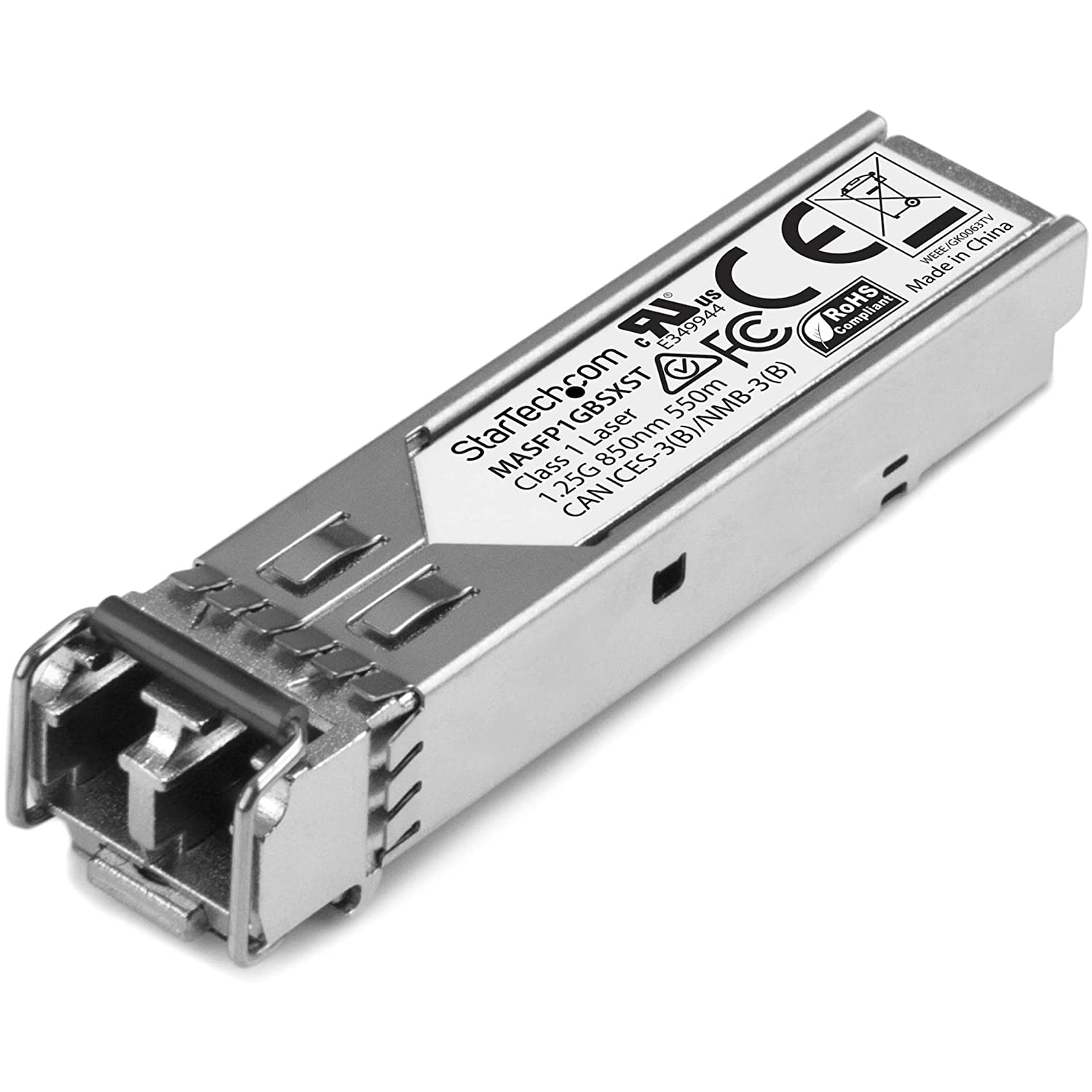 GBIC (Gigabit Interface Converter) was quite popular in the 1990s. Its design supports thermal

Plug and unplug use, using SC interface. Due to the flexibility of interchange, the gigabit switch designed with GBIC interface,

It has occupied a large share in the market. It can be said that GBIC is the first optical transceiver module with standardized packaging interface.

block, with milestone and epoch-making status (as shown in Figure 2.2a).

SFP is the abbreviation of Small Form-factor Pluggable, which can be understood as an upgraded version of GBIC.

The volume is twice smaller than that of GBIC, and its unit area is twice as many ports as GBIC modules. SFP modules are also used.

For miniaturized GBIC (MINI-GBIC). The other functions of the SFP module are basically the same as those of the GBIC module.

Used in SONET/SDH network, Fast/Gigabit Ethernet and other high-speed transmission applications (as shown in Figure 2.2b).

At 2.5Gbps and below, its electrical interface has two specifications: 10pin and 20pin, two versions of the main data signal

No. interface is consistent. SFF is smaller in size than SFP and is soldered to the motherboard in the form of pins.

It is most suitable for high-density port applications and becomes the most popular 10G optical module (as shown in Figure 2.2d).

CSFP (Compact-SFP) is a compact SFP, which is based on the popular SFP package.

A more advanced and compact CSFP package has been developed, as shown in Figure 2.2e.

The 300Pin module belongs to the first generation of 10G modules. Because the number of signals in the electrical interface increases, the electrical connection

The number of pins (PIN) of the connector has also increased a lot, so a 300-pin connector is used, which is the

origin of name. Both the 300Pin and the next generation XENPAK/XPAK/X2 integrate a serial-to-parallel conversion chip.

is called a Transponder (shown in Figure 2.2i).

A generation of optical modules; Xenpak can achieve transmission distances up to 10 km using G.652 single-mode fiber, suitable for

It is suitable for applications in the metro area, but the Xenpak is larger in size and consumes more power (as shown in Figure 2.2j).

Cheapest and cheapest. Due to the maturity of circuit pre-emphasis and equalization technology, serial and parallel are no longer placed in XFP modules

The conversion chip is no longer a Transponder, and the size of the optical device is also much smaller, and the IC integration is also higher.

From the development history of optical modules, we can see that as the network transmission capacity increases, the transmission rate increases.

Rahul Pandey
Previous article
iFunny X: All You Need To Know About The Android App
Next article
Causes of a dry mouth

What is the Job Market Like for Advertising Graphic Design?

Most communication platforms you come across daily, including websites, social media, commercials, movies, logos, etc., require advertising graphic designers in some capacity. Without these...

Why Opt for a Bootcamp Course in Motion Graphics?

If you want to succeed in the field of visual design, you can’t do so without learning motion graphics. This domain equips you with...

What is the Job Market Like for Advertising Graphic Design?

Why Opt for a Bootcamp Course in Motion Graphics?