There is no doubt that Pakistan must restructure itself as an independent country. Pakistan must look at ways to make the country a safer and better place to live. It needs a whole new strategy. It’s not an easy task, but here are some ways that I believe Pakistan should change to become a better nation. This is How to make Pakistan a better place?

Recent visits to Lahore have made me aware of the seriousness of this problem. Instead of counting 123s and reciting ABCs, children are soldering and begging on the roads. It is essential to end all child labour. It not only sabotages human rights laws and basic human nature but also destroys the future of economic and social development in our country.

Pakistan is home to the second-highest number of children who are not in school. Pakistan should not be focusing on large shopping malls or hotels but on public schools with affordable fees for the poor. Balochistan has the highest number of out-of-school children, according to a survey. However, this region also has the lowest number of schools. 70% of these children have never been to school, and the country must take more steps to reduce this statistic. Education will help our country achieve better morals, smarter strategies and educated decisions.

Pakistani women are exceptionally talented and inspirational. It is important that women are taught to be entrepreneurs and not housewives. This will help keep the economy thriving and improve their quality of life. Women need to make a difference in how they are seen by the rest of the world. The government should create better schools for women and workplace laws that protect women against harassment and sexual predators. It is important to give women in our country the opportunity to have their own voices and be independent. This will make our country stronger and more successful. 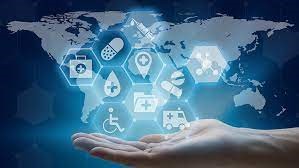 Pakistan must end its high maternal and child mortality rates. This is Pakistan’s biggest and most serious public health problem. Unsanitary conditions and untrained midwives are responsible for half a million deaths each year. With the training of more nurses and midwives, this number could be reduced. Nutrition is another major problem in Pakistan’s public assistance. A staggering 40% of children are overweight, with many more being affected by stunting. The reduced productivity of young adults due to malnutrition will cost the country 3 per cent of its GDP annually. A healthy and wholesome population will help the country thrive.

This is one of the Initial problems of Pakistan after independence. Over 30 years under dictatorship, the last 65 years of Pakistani history have seen a tug between democracy (and dictatorship) and dictatorship. A nation that has been in constant political, economic, and social crisis has yet to decide which type of government is best for them. Franklin D. Roosevelt said once in his speech, “Let’s never forget that government is ourselves and not an external power over us.” “The ultimate rulers of our democracy are not a senators, congressmen and government officials but the voters of this nation.” It would be unfair for someone to think that dictatorship is better for Pakistan. Governance that is as flexible and reasonable as democracy would be the best for any country. Give the people what they desire. 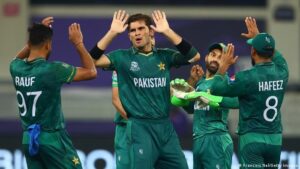 Pakistan is home to 182.1 million people. At the Rio Olympics 2016, not one Pakistani athlete qualified for the Olympics. Finland, with a population of over 5.4 million people, has won 302 gold medals at the 2012 Olympics. This is only one example of Pakistan not reaching its full potential. The home-field advantage Pakistani cricket cannot use to win the world cup is not available to it. According to a 2014 Blackwell study, sports teams have a 33 per cent advantage playing on their own field. This percentage is more negative the further they travel. In the current state of terror, our country doesn’t have the resources to host a cricket match.

Some of the most beautiful views and scenery in Pakistan are unmatched. Many people have compared Azad Kashmir to the views of Switzerland. Our country will prosper if it can attract more tourists from outside.

The last thing you should do is take pride in your country. Spread positivity and encourage others to see Pakistan in another light. Pakistan is rich in culture, cuisine, and beautiful landscapes. Learn about the history of Pakistan and its language. How can you love your country if you don’t know it?

James Martinhttps://www.ontimemagazines.com
James Martin is a passionate writer and the founder of OnTimeMagazines. He loves to write principally about technology trends. At OnTimeMagazines.com, he loves to share his opinion on what's happening in tech around the world.
Previous article
Overseas Block at Park View City Lahore Development, Features & Pay Plan
Next article
How Private Label CBD Chocolate Manufacturers Created a Wonder Treat

Rainbow Stunt Scooters: What You Need To Know

Now anyone who is planning ahead to avoid paying taxes on their property before they die can avoid all that red tape with the...